A group of animal rights’ activists staged a peaceful protest outside the stadsbiblioteket the central library of Gothenburg aka Göteborg by Götaplatsen. They donned the masks of deer with antlers and stood for more than an hour. Library users, waiters by the bus-stop, and passers-by cared fleetingly as what was happening, and few showed interest in ‘what they were protesting for’ and enquired ‘why they were protesting’.

“What we are trying to achieve is to open people’s minds and eyes to what is going on in the world and very close to us also in Sweden, and what we do for animals is unnecessary,” said Nicky Mazzina the organizer and spokesperson of Animal Reality Exposed.

Nicky Mazzina said it is unnecessary to prolong the tradition of animal use for agriculture and in clothing when alternatives are there or could be explored.

‘Animal Reality Exposed’ is a movement championing to fight against animal suffering and for the rights of animals to be protected.

“The whole problem is animal use. And if we could find alternatives instead we can realize we can be a compassionate mankind and just respect animals. And, perhaps let wildlife be wildlife and let humanity be a peaceful society,” said Nicky Mazzina.

One middle-aged man questioned an activist why they were protesting for the rights of animals when there were children in Sweden whose rights need to be defended and protected. The activist politely answered the enquirer that this was the platform for animal rights, and animals too have rights and should be treated decently. 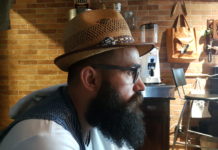 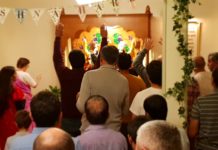 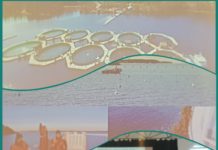 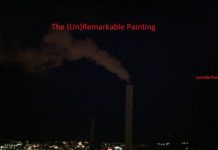