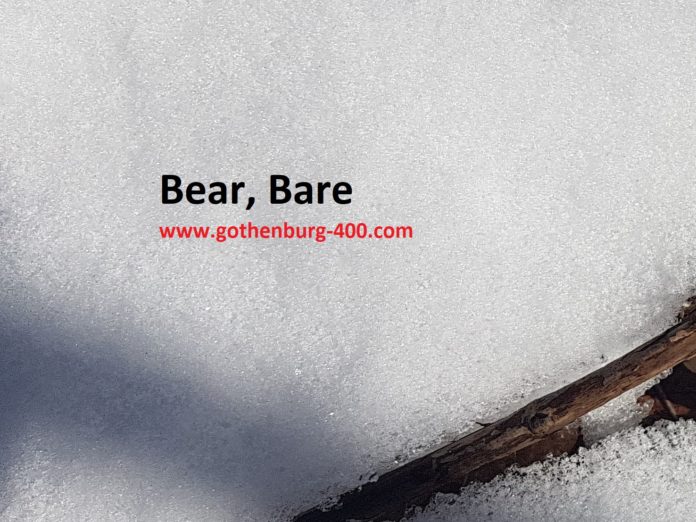 “When you’re putting together the text for your store, there are certain aspects of writing for the web that you should bear in mind in order to make your text as effective as possible. Creating text for a website isn’t all the same as creating text for a printed document.” –Alannah Moore in Create your own ONLINE STORE using WORDPRESS in a weekend

Barely had we started to drink beer, the uninvited colleague arrived baring his chest and bearing the mien of a movie star!

Bear with me, please refer to a dictionary for bare and bear to get comprehensive information.

Bear has many meanings. It functions as a verb and a noun. As a noun it refers to the large animal with fur such as polar bear, grizzly bear, Himalayan bear; informally, bear is an ill-mannered person; bear in financial or stock markets refer to a person who sells stocks and shares wishing to buy them back at lower prices.

Bear market? Bear market is the state of financial markets when stocks and shares are falling rapidly.

The bear (noun) bore (past tense of bear) five cubs.

Bear as a verb has the tenses: bear (present tense) – bore (past tense) – borne (past participle), and has many other meanings: to show or display something; carry something (bearing five kilos of mangoes in a basket, he walked to the market).

Bare as a verb pertains to show, to reveal, to uncover: he bared his head to show that he had the hairs shaven; he went out baring his chest; bare its teeth is an idiom – such as animals like monkeys (and humans) do when angry; bare one’s heart or soul is an idiom meaning revealing or showing one’ deepest feelings for something or someone.

Bare as an adjective (barer and barest) refers to nakedness, without clothing (He dislikes when his wife walks with bare legs in the house. She resents him when he struts in the balcony with bare chest), without cover over something (The floors of the house is bare but the owners hope to covered it with Cuddapah stones); when something is empty or without articles or contents such as in a house or office (The museum was bare when the curator entered: robbers went away with the artifacts); bare means basic; having basic things to survive.

News items should be written with bare facts without contaminating it with opinion or comment i.e with bare bones (idiom).

Barely is an adjective: barely means only just (They barely have time to visit their relatives when they visited Hyderabad from Srikakulam – hardly any time), having something in scarce (His mother bought groceries when she visited her son’s house because the shelves in the kitchen were bare); just enough to survive (Barely any food is left in the house).  Bareness is a noun. Bareness stalked the house (with very little food and money). 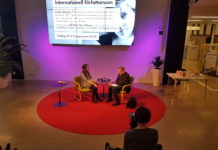 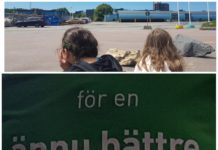 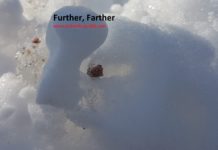