The late noon and the evening on sunny Monday, 8 July 2019, witnessed a fine weather in Gothenburg, and hundreds of people walked up and down the Avenyn and towards Götaplatsen to celebrate two things.

Gothenburg celebrated Sweden’s women’s football team’s spectacular achievement in the recently concluded World Cup. Sweden reached the third position in the world cup and the cup was won by the USA by defeating Holland. Many Gothenburgers sported the yellow T-shirts and made their way to Poseidon where a marquee and music installation were placed to honour all those women of the Swedish football team.  For the third position or the bronze medal, Sweden defeated England. While the USA dominated throughout the world cup and finally clinched the gold medal by defeating Netherlands, 2-0, at Lyon in France.

TILLSAMMANS SKAPADE VI HISTORIA: A big sign appeared on the City’s Theatre at Poseidon saying ‘TOGETHER WE CREATED HISTORY’ in the world cup football.

The Govindas temple cum restaurant in Gothenburg organised the Lord Jagannath Rath Yatra (chariot festival) in which more than two hundred people participated. The Jagannath Rath Yatra is one of the most popular chariot festivals in India, and it takes place annually at Puri in the state of Odisha (Orissa). During the chariot festival, the deities of Lord Jagannath, his brother Lord Balram, and their little sister Lordess Shubhadra are decorated with flowers and garlands and taken out in a chariot pulled by devotees. Arundhati Mataji aka Anke Bessler and István Sándor who run the restaurant Govindas made lots of food items to distribute as prasadam. Anke Bessler said that this year the chariot festival attracted more people than the previous years.

Jahnava Karunamayi devi dasi aka Julia Carlberg organised the chariot festival in the heart of Gothenburg by taking the permissions from the police among others. She directed skits evoking the lives of historical figures related, and Lord Jagannath and his siblings. Mahabir Gupta, Madan Srinivasan and Suraj enacted the roles of legendary characters. Devotees from England and Czech Republic also participated in the festival. 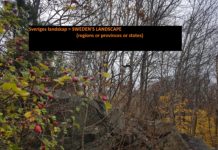 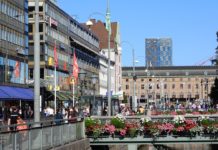 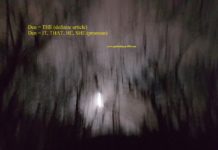