Olivia Bergdahl is also a stage poet and writer. She has the answers for all aspects related to poetry: What is stage poetry? Is stage poetry and spoken word one and the same or is there a difference? What is slam poetry, or poetry slam? Is poetry written for the stage first and for the reader next or vice versa?

“I have been doing spoken word like myself a lot and I started as a spoken word poet on open mikes. I really like the concept of it,” Olivia Bergdahl said.

Olivia Bergdahl had begun her journey as a poet and as a stage poet when she was about to enter her teenage, and won the Swedish championship in Poetry Slam in 2007. Subsequently, she stood at the fourth place in the Poetry Slam World Cup. Started the poetry and string quartet group Olivia’s Poetry Orchestra, recorded an album (Eldorado), wrote a critically acclaimed novel (Efter Ekot), started the international spoken word club (Klubb Kontra with Oskar Hanska ) among others.

In Gothenburg, she enables poets to participate in national poetry slam.

Gothenburg Poetry is organized by local poets and poetry lovers. It arranges poetry slams, open mic nights, poetry hangouts, fanzine printing and workshops. The events take place at Musikens Hus in Majorna. Each season in Autumn and Spring, it organizes organize four slams, wrapping up each season with a seasonal final as well as a yearly final where four poets are selected to go to the National Poetry Slam Championship (which takes place in different cities each year, usually in May).

At the Gothenburg Poetry Slam any poet is welcome to compete as long as s/he has a poem written or text written by herself or himself to perform on the stage, and in any language or mix of languages (Svinglish, too).

According to Gothenburg Poetry Slam: On 25 July 1986, the world’s first poetry slam took place at the Green Mill Cocktail Lounge in Chicago, USA. The poetry slam had three judges who were randomly selected from the crowd and the creator was Marc Smith (worker-poet). March Smith had previously experimented with new ways of arranging poetry readings, and he appended ‘slam’ to poetry – slam from the baseball term grand ‘slam’. He had the ken that the competition format had the potential to bring out the best in poets and engage an audience otherwise the audience would care less about poetry and he also loathed the academic open-mic readings, poets who signed up only to leave the room as soon as they were done with their appearance, unengaged audience who had no real way of expressing their reactions to the poetry performed, and poetry written as if it were meant only for an upper class. In 1990, the first national championship was held in the United States.

In Sweden, Erkki Lappalainen moved from Finland to Stockholm in the 70s and arranged, among other things, the Poets’ stage in the 80s. In 1992 he travelled to the United States, including Chicago, and in front of a crowded salon at The Green Mill, he promised Marc Smith to take poetry slam to Sweden. In July 1995, Sweden’s first poetry slam was held in a barn at Grimsholmen outside Falkenberg, Halland. Twelve poets, both amateurs and established ones, had signed up, and a young Bob Hansson won. In 1997, it was competed for the first time in teams: Halland, Umeå, Skarpnäck, Vantör, Rinkeby and the USA.

In Gothenburg, since 2000s, poetry slams are arranged at Musikens Hus in Gothenburg. Want to participate in the open stage? You get to read a poem (maximum 5 minutes), sending an email to: gbgpoetryslam@gmail.com 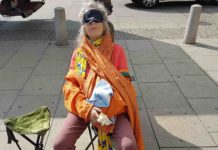 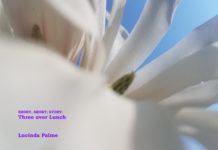 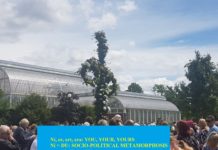