One of the gifts of living in, or visiting, Gothenburg aka Göteborg is access to islands. On these islands one can walk (nature trails or footpaths), swim, dine at a café or restaurant, enjoy the scenic environment, have a picnic or plan a day out. The best time is to visit them is in summer!

A group of islands close to Gothenburg is called Södra Skärgården located at the mouth of the River Göta. These islands are small, medium and big in size (islets, isles, islands), and on these islands motorized transport is disallowed, and not possible to reach. So, they are free from vehicular traffic and other noxious emissions of urban life.

The good news is: the islands are accessible by ferries from Stenpiren and Salthomen, and these two places are reachable by buses and trams.

The ferries to the islands from Stenpiren and Salthomen are relatively frequent (check the timings, before you plan: www.vasttrafik.se and phone: 0771-41 43 00), inexpensive (one can use one’s monthly travel card) and thoroughly comfortable.

FACTS OF THE ISLANDS:

About 4500 people live permanently on these islands. Those who live there, and work elsewhere, they commute to the mainland.

In summer, the number of residents can double because some of them have their sommarstuga (hut, cabin, cottage, a small house: en stuga – stuga – stugor).

On the island, one can only use bicycles, mopeds, golf cars or adapted golf buggies.

Some of the islands such as Vrångo and Styrsö have exclusive strips of sandy shores, coves, beaches and swimming decks.

Swedish right of public access (rätt till allmänhetens tillgång) allows one to roam freely but take note of private property and nature reserves. There are nature reserves and bird sanctuaries where access is not allowed from April to July.

Bathing spots and toilets are maintained by voluntary service: keep it tidy after you use, or the way you want to see it before using.

Fishing is allowed but take note of the size of fish, and fishing seasons.

Grilling and lighting fires to turn the meat is not allowed on the rocks but check for authorized spots.

The biggest islands are Styrsö, and Brännö, followed by Vrångo.

Styrsö has the characteristics of island and urban life for it has a parish church. Once Styrsö was the seaside resort of Bratten. On Styrsö one can nature trails winding along the coast of the island. Other islands are Asperö, Brännö, Köpstadsö, and Donsö.

The islands were in the Viking era, and the Vikings’ ships sheltered on these islands like Känsö before their voyages to as far as Mediterranean Sea to England (East Anglia)

The sovereignty of these islands changed during the Middle Ages and Nordic wars.

In 18th century, the islands sheltered the pirates – officially sanctioned to loot the enemy booty.

Once these islands specialized in fishing and farming such as Asperö and Brännö.

By the middle of 19th century, wealthy Gothenburgers discovered them to use as bathing spots.

Steamboats started to ply from the mainland in 1870s.

During the WW II, these islands were fortified with artilleries and coastal defences and non-Swedes were not allowed until 1997.

The Southern Archipelago is a perfect place to experience the islands – beaches, coves, walking trails in the midst of nature by sea. 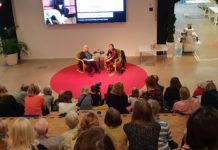 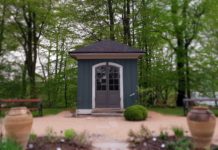