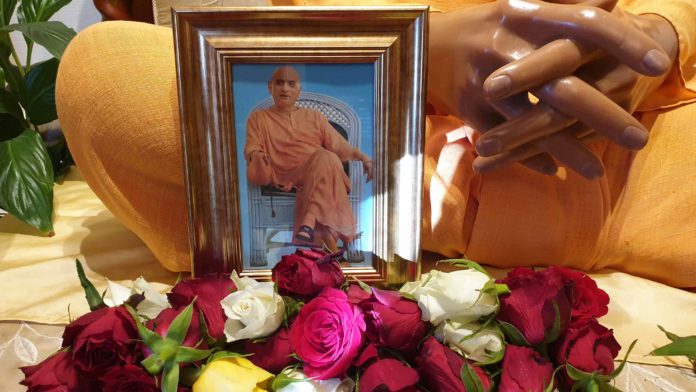 Govindas in Gothenburg remembered the spiritual leader Bhakti Charu Swami Maharaj, one of the leading spiritual leaders and a member of the governing body of ISKCON, by organising a special prayer meeting – japa and guru puja and prasadam. Ram Mohan Prabhu aka Roberto Gerikas organised the special prayer meeting on Wednesday, 8 July for the glorification of Bhakti Charu Swami Maharaj (1945 – 2020). The departed spiritual leader served the devotees and societies across the world and interpreted the scriptures for easier understanding according to the guidelines of his spiritual leader A. C. Bhaktivedanta Swami (Srila) Prabhupada the founder of International Society of Krishna Consciousness (ISKCON). He emphasised the importance of kirtan as a pathway to one’s spiritual progress in the temporal and material world.

“HH Bhakti Charu SWAMI lived a life dedicated to his Guru – Srila Prabhupada and accomplished major undertakings on his behalf. This is when he could associate with Srila Prabhupada for only a year, more or less. After Prabhupada’s departure he carried his vows of a disciple and Sanyasi with sincerity and inspired many souls in Krishna consciousness,” said Surendranath das. “By glorifying his wonderful contribution and life example, devotees seek inspiration and blessings from him. This is a glorious life he lived and set a benchmark for future generations of devotees. Additionally, glorification of Devotees is very pleasing to Lord Krishna. In my humble understanding, very concisely, this is the significant of paying him tributes.”

A devotee named Milind Prabhu offered the special prasadam at the temple on the occasion as a gesture of devotional service to the temple, and the devotees.

Bhakti Charu Swami Maharaj passed away on 4 July 2020 in Florida, the USA due to Covid-19. He had flown to the USA on 3 June from Ujjain in India but on June 18 in the USA, he tested positive for Covid-19 and was undergoing treatment. He was dedicated in developing ‘Veda Foundation and Cow Sanctuary’ in Deland, Florida, which was started recently.

Govindas, the temple-cum-vegetarian restaurant in Gothenburg, noted ‘His Holiness Bhakti Charu Swami, a beloved disciple of Srila Prabhupada, GBC member, ISKCON initiating spiritual master, and Gaudiya Vaishnava sannyasi, passed away on the morning of July 4th due to complications related to COVID-19. He was 74 years old. His passing coincides with the auspicious day of the disappearance day of Srila Sanatana Goswami, the first month of Caturmasya, and the observance of Guru Purnima.” 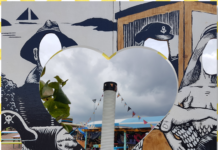