On a sunny Saturday evening, 21 July, Gothenburg saw a largest gathering of people at Ullevi stadium: music fans of the rock band GUNS N’ ROSES. As the sunlight continued to shine brightly on the 400-year-old city, fans started to come from different parts of Sweden, and West Sweden, and Gothenburg.

A security official told Gothenburg that they were expecting anywhere between 60,000 to 65,000 music fans. The traffic managers of trams in Gothenburg swung into action to control the coming and going of trams at Ullevi tram station. The police and organisers were on the alert to ensure no untoward incident happened. They were even warning people who wanted to buy tickets from black market sellers.

There were touts selling tickets to those who could not buy a desirable spot in the stadium, or to those who came without having tickets. The ticket prices ranged from SEK 1000 to 2000. One tout offered a SEK 700 ticket for 900 but security officials warned people not to bury because they could be fake tickets.

Daniel Kvist came with his partner and son who is a drummer. He told www.gothenburg-400.com that he is a fan and he wanted his son to experience the live music of GUNS N’ ROSES.

The fans were from different age groups ranging from teenagers to 60- and 70-year-olds, and some came with their families. The area around Ullevi was like a festive atmosphere but also severely manned by police.

The bottle pickers (panta) had a great day for they could find a large number of bottles (plastic and glass) in the big bins. The noise-cancelling or noise-masking earbuds’ sellers also had a brisk day and successful day for there were many fans buying earbuds. The hawkers were competing to sell more for they were many competitors among themselves representing different companies. 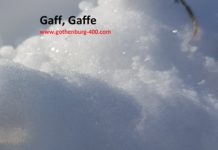 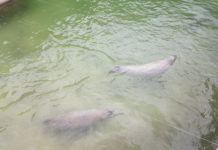