Liseberg is one of the legacies of Gothenburg aka Göteborg’s 300th birthday celebrations in the last century. The person behind Liseberg is Herman Lindholm.

Nils Herman Lindholm was born on 17 March 1875 in Malmö the third largest city. He died on 24 December 1955 in Örgryte which is one of the districts of Gothenburg. His legacy is Liseberg, and its pricing policy during his time.

Herman Lindholm was a towering public figure in Gothenburg’s political landscape in the first half of the twentieth century. He was carpenter and was credited as the founder of the amusement park Liseberg for which he was the director from 1931-1942. He steadfastly fought to have a ‘public-friendly pricing policy’. During his directorship of Liseberg, the visitors got to see stars like Marlene Dietrich and Maurice Chevalier SEK 1 and 25 öre (cent).

In 2019, the basic entrance ticket for Liseberg for a single person, child or adults, starts with not less than SEK 250.

Gothenburg has begun its plans to celebrate its 400th birth anniversary in 2021. One of the questions that arise is what would be the significant contribution for the public in Gothenburg as result of its celebrations in 2021: anything any similar to Liseberg? www.gothenburg-400.com is tracking the main projects and key events scheduled for 2021 celebrations, and will keep the audience informed. 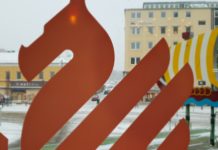