“Originality is nothing but judicious imitation. The most original writers borrowed one from another. The instruction we find in books is like fire. We fetch it from our neighbour’s, kindle it at home, communicate it to others, and it becomes the property of all.” –Voltaire

Kind has many meanings and functions as an adjective and noun: the quality of a person that is friendly and thoughtful to others; making a polite request.

Humanity sustains because there are some kind people.

What kind are you? What kinds are they? In this context, kind as a noun refers to type, sort, variety, two persons or a group having similar characteristics; kind also implies to nature, character (what kind is he?).

The grocer sells many kinds of grains and possibly fruits and nuts.

kindergarten is a school or playschool or nursery for young children.

Kind-hearted (adjective): The world will get a better place if there are kind-hearted countries and citizens.

kindle is a verb referring to cause something to catch fire; arousing or stimulating feelings in someone, or reaction in someone.

Women in rural areas have to kindle the firewood for cooking.

Wet wood is difficult to kindle.

Watching a movie a day has kindled his imagination to write screenplays.

A country has to kindle interest among its academic fraternity to embark on research by providing funds or resources or the environment.

Kindling is a noun: small pieces of wood used for lighting fires.

Kindle is also the trademark name of the e-book reader Amazon the online retailer of books.

Kindred means family relationship, one’s family and relatives; kindred is an adjective referring to a common source, or related.

Kannada and Telugu are kindred languages; so are Urdu and Persian, English and Dutch, and the Scandinavian languages.

Kindred families, big and small, often assist each other as long as envies and jealousies are buried.

Kindred spirit is a person whose tastes, feelings, mannerism are similar one’s own. Are US and UK kindred spirits?

When not wearing their masks, kindred souls can see each other.” – Francine Portelance

If we have kinder souls around…

“Let us be kinder to one another.” –Aldous Huxley 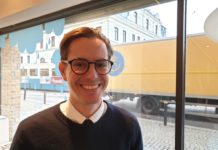 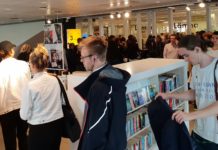