By the river Göta Älv and closer to the Gothenburg Opera House is Maritiman: bobbing on the waters of the river. Maritiman is a collection of ships, boats, vessels, mobile light house and a submarine, total 11. Maritiman is a museum of civilian maritime history and military ship history. It is also within the walking distance from Stenpiren the tram-bus- and ferry-stop in Gothenburg aka Göteborg.

Maritiman: The floating musem of vessels, ships, mobile light house, and a submarine. 1 of 400 Experiences: TO DO, TO FEEL, TO SEE in Gothenburg aka Göteborg. Thanks to Emelie Leetmaa and Johannes Olsson for sharing information and showing the treasures. #gothenburg #visitgoteborg #goteborgcom #movetogothenburg #visitsweden #maritiman #museums #floatingmuseum #götaälv #medievalcity #submariner #coldwarship #lighthouse #gothenburg400

LIFE in a SHIP:

At the Maritiman, one experience the life in a submarine where the periscope is your only contact with daylight and the outside world, or how is to be in a military ship, in the heart of Gothenburg.

The 11 vessels are moored and ready to welcome you during Easter and summer. One can learn a lot about life at sea in a playful and exciting way without leaving the dock.

“We have lot of activities for children, you can use our ocean lab,” says Emilie Leetmaa the Marknadschef of Maritiman. On top of one of the ships, there is a space for children to conduct experiments related to oceans and seas. The young at heart can throw themselves into experiments and tackle brain-teasers in Virvelina’s workshop.

During the autumn of 2019, kids who had visited the museum also got the chance to build rockets. Johannes Olsson says, “It is the only place where you can inside all the ships … you can touch everything here, and there are no monitors (that says don’t touch or bleeps). You can press every single button, you can turn every wheel … you can do everything here. You can go down into the submarine and pretend you are moving it … so it is a unique experience for kids.”

Children, and also adults, can go inside most of the ships including submarine. Most rooms inside them are left as they were fort years ago and includes computers and the stations from where cannons were commandeered.

MULTIPLE ENTRY WITH A SINGLE TICKET:

Maritiman the museum is opened during summer, and during Easter. In autumn and spring, it is opened for few weeks but one can have a group reservation at any time during the year.

The museum of ships gives access all the areas within and outside the docks, and with the ticket comes the assistance of guided tours. The guided tours are included in the ticket price. The tours are conducted in Swedish and English, and also for children and adults.

HMS SMÅLAND is the the largest museum ship in Sweden, in Scandinavia actually and one among the 11 vessels. She was built in 1952 and used until 1979. Also, there is an oldest ship built in 1875 called Monitor Sölva whose cannon is on the shore by the river standing like an artwork of an artist. SUBMARINE: Nordkapara is the only submarine among the 11 ships and boats into which one can go and feel what it would be like to be in a submarine… down under the water.

After spending half a day or when you need a break, so head for the Matrosen the ferry kitchen and shop. For more information about the opening times, and special bookings, please check: https://www.maritiman.se/en

Maritiman is one of the ’400 Experiences: To Do, To Feel, To See in Gothenburg’ aka Göteborg which is celebrating its 400th anniversary in 2021. 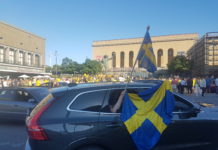 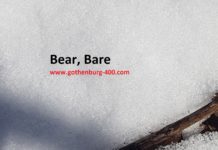 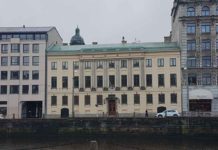