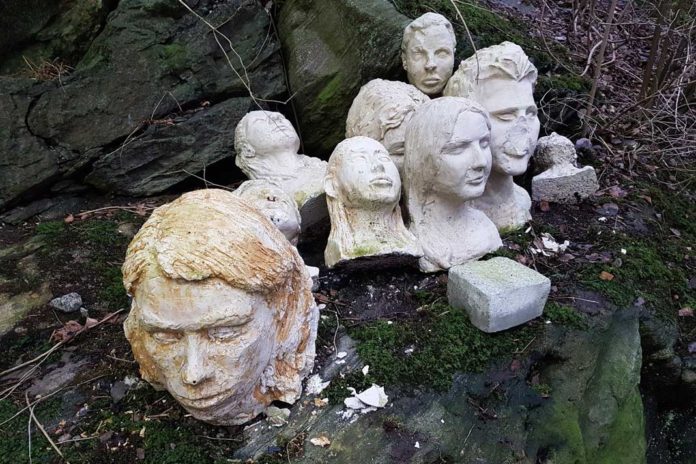 Inhaling deeply the freshness of Tynnered air and the fumes of her cigarettes, Cecilia pondered on how best to extract the relaxation on Sunday. She likes outdoors. But her boyfriend has come over to visit her: stay over. He likes indoors. She has a choice: either to stay with him in the house or go around the lake edging Tynnered and Opaltorget. And, she worked up to create a choice in life.

About to be pensioner, Henrik too stepped out of the pizzeria to roll his cigarette. He noticed Cecilia. Her gaze was fixed on the on-going demolitions of the church and the primary health centre, and sooner the Opaltroget market where the pizzeria stood. Henrik uttered an ice-breaker, “Tomorrow it is one degree less than today.”

“What are you doing tomorrow,” Cecilia responded rather than answering his question.

What is in the mind invariably tumbles out of the tongue, sooner or later.

Henrik and Cecilia lived in a flat in the same building but on different floors. In a way they were neighbours but their acquaintance never carried beyond that. Now and then they met at the pizzeria the local eating- and watering-hole either alone, or with their friends or with their lovers.

Cecilia’s face glowed at the sound of ‘mushrooms’. Once she loved the rounds for mushrooms: the hunt for the best mushrooms in the wild. The only memories of her grandmother were the endless walks foraging for mushrooms especially for the coveted chanterelle. When the grandmother died, she accompanied her father who delighted at the sight of tiny colourful fungi. Since she moved out from Värmland she hardly found a landscape that is rich in mushrooms, and her holidays were always spent out of the country — in the sun and sea outside Sweden.

Uprooted out of choice from Gillberga in Värmland, Cecilia made a career and a lifestyle of her own in Gothenburg.

Gillberga is renowned to produce the finest sauerkraut in Scandinavia: the fermented cabbage with a long shelf life. She toyed with the idea of returning to Gillberga, one day, and possibly produce a digital times’ sauerkraut.

For Cecilia, the promising potential to become a mother at an unusual age was elusive and promising. In her current boyfriend she saw a ray of hope to make a family and then possibly to edge out to Gillberga.

Henrik and Cecilia plunged irretrievably into the nitty-gritties of mushroom picking. She asked, he answered. She was dazed at the information Henrik was reeling out with minute details including the change of colours on mushrooms in the dawn and dusk, and why. Suddenly, Henrik caught the sight of a man staring from inside the pizzeria through the see-through glass of a wall. The man also dissected Cecilia from her flowering face. A string of jealousy gnawed him preventing him from savouring the drink he was holding and in engaging with the fellow conversationalists convivially.

Henrik said, “Why that idiot is staring?”

Karl is a son a Thai mother and Swedish father. Though he retained oriental features, he has become more Swedish than Swedish: never visited Thailand, never fancied to visit a Thai restaurant, never stepped into a Thai massage parlour, never set his foot into a Thai Buddhist stupa or household and never learned to a string a sentence in Thai. He has fathered many children at a pace faster than Ingmar Bergman, and wished to have one more child with Cecilia if the need arose from her.

Cecilia sensed a glimmer of hope to become a mother but caution constrained her: wait.

As Henrik and Cecilia re-started their conversation, Karl strode out of pizzeria and told Cecilia, “Let us go.”

Karl realized the mistake he made in selecting the words. He corrected himself, “I guess to yours—”

Cecilia asked the two men, “When can men stop possession?”

“I thought the same about women,” Henrik opined, and he proposed, “If you want, you can join me tomorrow. Mushroom picking.”

Inhaling deeply, Cecilia pondered. She had a choice to choose: indoors or outdoors, and a choice that has to be made. 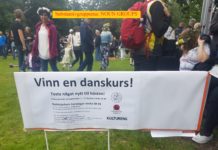 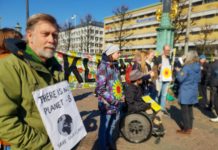