29 May is a ‘Veteran’s Day’ in Sweden, also a ‘Flag Day’. Gothenburg was the venue for the celebrations in West and South Sweden as many veterans who directly and indirectly worked for the Swedish army either as volunteers or hired personnel. Sweden’s army in 20th and 21st century is mostly involved in peace-keeping and monitoring peace under the United Nations. The veterans gathered at Götaplatsen and marched to Gustav Adolf Square where the city (Göteborgs Stad) honoured them, and by the end of the day, they gathered at a garrison for further celebrations.

Maria Byquist, the balloon princess of Sweden, distributed balloons to the children at the City Library (stadsbiblioteket). She is honoured by the Swedish Veterans’ Association for her contribution to civilian activities from the standpoint of army activities. She is known to cheering up children, and officially honoured as the ‘balloon princess’ for seven consecutive years.

Stefan Andersson is one of the veterans present at the commemorations. According to him, almost 70,000 Swedish military personnel were present in the international missions ranging from peace-keeping to humanitarian works under the aegis of United Nations. As part of UN mission, he was part of Swedish peace-keeping force in Lebanon. He wants Sweden to have more engagement in UN missions. He said, “Right now we only have a mission only in Mali and I personally I would like to see Sweden to get back to its former engagement.” 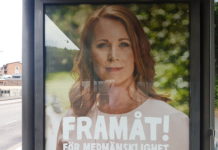 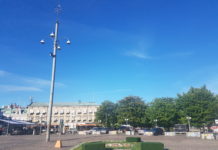 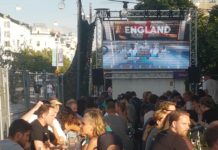