Globablization is heralding changes, positive and negative, but how will it impact Gothenburg aka Göteborg is the crucial aspect for the city: the City of Gothenburg or Göteborgs Stad. Especially in the automobile industry in which Volvo Group is one of the key players, and the principal employer in Sweden’s second most populous city.

Gothenburg is the first city in the world to investigate the interaction between self-driving vehicles and long-term sustainable urban planning.

Göteborgs Stad and Gothenburg Business Region is initiating to ‘take the lead in the race for smart and sustainable cities’, and bringing together different stakeholders on infrastructure projects in building a smart city.

Håkan Agnevall, President of Volvo Bus Corporation and a member of the Volvo Group Management, was one of the key speakers at the seminar on ‘Smart City’ organised by Gothenburg Business Region on ‘How will autonomous vehicles impact cities’. He presented the vision of the company to the diverse audience on autonomous vehicle technology.

www.gothenburg-400.com asked Håkan Agnevall ‘how Volvo is going to sustain in this world of competitiveness especially from Tesla and other companies’. He said, “First of all we want to push ahead in the three transition areas – electromobility, autonomous, and connectivity, so, we are on the board. Secondly, we have lot of application knowledge, I mean truck or bus, is not just a vehicle, it also entails lot of knowledge of how the customers (use vehicles), different customers use the vehicles in different ways and that application knowledge, we have with us. And that is one of the core value-adds we have. And thirdly, we have a complete value-change set up, supply base often market and service based, that often takes years and years to build. That is the significant advantage for us that we can leverage. As we are pushing on the technology side, I see a promising future.”

Volvo Group will continue to make an impact in Gothenburg and in the world, Håkan Agnevall said, because the company is cooperating and collaborating between different stakeholders in taking pilots to largescale commercial installations. 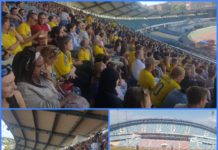 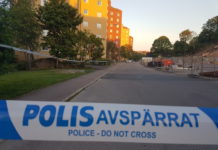