1680 IDÉER OM GÖTEBORGS 400-ÅRSJUBILEUM (1680 IDEAS FOR GOTHENBURG’S 400th BIRTHDAY CELEBRATIONS) is a book of collection of ideas from the residents of the city as how to celebrate, what one thinks, what are the issues and subjects that matter to focus on the celebrations, what the residents think about the celebrations and what they expect and what the local government should or can or ought to do.

Latin letter E (e) with acute mark É (é) is not part of Swedish alphabets (there are 29 from A-Ö) but it appears in words that are borrowed from other languages especially French such as café.

Gothenburg aka Göteborg is celebrating its 400th birthday in 2021, and the City of Gothenburg (Göteborgs Stad) has begun its plans for the celebrations, and has started to implement them in a phased manner.

How to celebrate the 400th birthday of Gothenburg?

What is your idea?  That question was addressed to us all as part of the work on a plan for the city’s 400th anniversary in 2021, and the result was 1680 ideas; visions, suggestions from the residents spanning a big spectrum – young and old, people of different social and economic backgrounds. The initiative came from the local government, Göteborgs Stad, in order ‘to listen and to include as many (ideas) as possible’.

The ideas from the residents were gathered through the www.goteborg2021.com’s dialogue portal and from other platforms. The collection of those ideas is the book – 1680 IDÉER OM GÖTEBORGS 400-ÅRSJUBILEUM published by Tre Böcker and Göteborgs Stadsmuseum, Göteborgs Stad and go:teborg&co, and edited by Åke Magnusson and Lena Hamberger.

Gothenburg celebrated its 300th birthday in 1920s (not exactly in 1921 but delayed due to WW1) and made an impact in some quarters of the world but the city wants to make a bigger and global impact in 2021.

You can find more information about the 400th birthday celebrations of Gothenburg at www.goteborg2021.com and in the book, you get 1680 ideas of people!

You can find the book in one of the libraries in the city, and the city has more than two dozen libraries.

Eckerman, a Gothenburger, said: “Gothenburg is called, not for no reason, Sweden’s amazing city,” and one should brace oneself up for the celebrations because Göteborg will “become the world’s amazing city.” 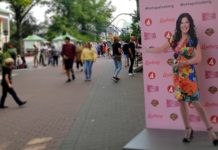 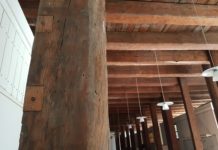 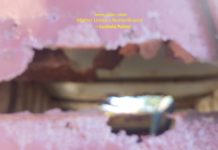