Bengali-speaking Indians and Bangladeshis in Gothenburg and from different parts of Sweden gathered at People’s House (Folkets Hus) in Backa and brought alive the festivities associated with Durga Puja ranging from the installation of idols of Goddess Durga to Rabindra Sangeet to singing and dancing.

Durga Puja is the most important festival in the culture and social life of Bengalis. Triranta Sircar, a research scholar at the University of Gothenburg, said, Durga Puja is also the symbolic celebration of welcoming Goddess Durga (aka Paravati the consort of Lord Shiva) from her abode in the summits of Himalayas called Kailash down to the earth. The belief is that she spends ten days and this is celebrated as Durga Puja spanning for ten days before she returns to Kailash.

For the festival, the organizers have managed to bring five idols from Stockholm (Bengal Association) – Durga, Saraswati, Lakshmi, Ganesh, Karthikeya – made of clay but decorated aesthetically and artistically evoking life in religious figures in imagery.

Filip Westerlund, a student of physiotherapy and mridangam (a double-headed musical drum) player, said, “It is nice arrangement made by the Bengali Association of Gothenburg. People have dressed up beautifully and in attire that says a purpose – it is a significant event to pay homage to goddess Durga.” He was one of the musicians who participated in one of the several musical programmes arranged on the occasion.

Amrita Laskar moderated the programmes by giving introduction to each one ranging from Rabindra Sangeet (songs by the Bengali polymath Rabindranath Tagore the winner of the 1913 Nobel Prize in Literature and a composer) to the importance of poetry for the occasion. She read out a poem written by her mother.

The organizers cobbled together many artistic talents for the occasion and entertained the guests. Pure vegetarian food was provided supplied by Govindas the vegetarian restaurant. More than 500 people participated in the two-day festival.

The well-known Bengali-speaking Swede is the founder and owner of Elite Group of Hotels Bicky Chakraborty. The conservative estimate is that there are more than 5000 Bengali-speakers in Sweden.

Bishnu Chakraborty from Stockholm came to Gothenburg and officiated as the priest for the Durga Puja. He said the festival is celebrated in Stockholm, Uppsala, Lund, Malmö and Helsingborg. 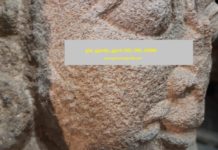 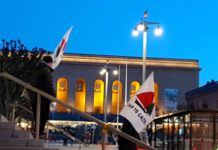 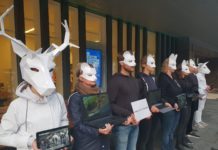