Gothenburg Cultural Festival 2019 has started: 6 – 11 August. Music dominates the cultural festival with concerts and talks. As part of the weeklong cultural festival, Westside Music Sweden organized a talk titled ‘Viva Talks Danish’ to know about the ongoing musical experiences in two cities of Denmark, and how Gothenburg can learn from those cities and those cities from Gothenburg. “The city (Gothenburg) has a great reputation of being a music city,’ noted Jesper Mardahl. He said Gothenburg has a quite high level of music and lot of things are happening and regarded the city as one of the music cities when viewed from the entire continent of Europe. Jesper Mardahl is the managing director of Promus based in Aarhus and co-founder of Music Cities Network.  He has the experience of promoting music, and bringing the music producers and promoters to a platform. He hoped that Gothenburg would join the Music Cities Network.

The three participants at the Viva Talks Danish on the musical scene in Gothenburg, Aarhus and Copenhagen were Frederik Sandsten, Jesper Mardahl Århus and Annette Reinardt respectively, and the talk was moderated by Tatiana Madrid.

Frederik Sandsten said from the music point of view, Gothenburg is doing very well and lot of things are happening. “We have a very inspiring music scene at the grassroots levels,” he observed. He praised the efforts of Göteborg & Co the main organization behind Gothenburg Cultural Festival for rolling out many events with a smaller budget. He is the key account manager of music and cultural events at Göteborg & Co.

“It is good to see how they work, we can learn from them and they can also learn from each other,” said Tatiana Madrid about the speakers. “People who come to hear the experts can also be inspired … they shape our culture,” said Tatiana Madrid. She is a communications manager at Kulturungdom and a moderator. She observed that Gothenburg has a ‘big buffet of different genres’ in music with many things happening related to the music.

Westside Music Sweden is a network platform for smaller and bigger companies in the west coast of Sweden. Gothenburg City Library was the venue for the talk.

Music Cities Network is a public and private network created in order to improve communication and cooperation, to share research and knowledge, to explore policy and advocacy and to network with policy makers, city leaders and all other music city stakeholders around the world. It focuses on research & policy; artist-, business- & city development & publicity and was initiated by Hamburg Music Business Association (IHM) & Sound Diplomacy in 2016. The member cities of Music Cities Network are Aarhus, Berlin, Groningen, Hamburg, Nantes & Sydney. 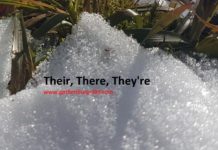 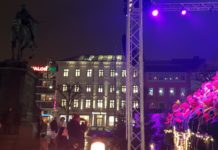 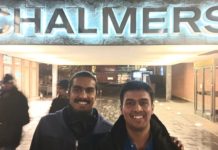