Govindas the temple-cum-restaurant in Gothenburg aka Göteborg in Sweden has celebrated Sri Krishna Janma Ashtami. Hundreds of devotees from in and around Västra Götaland Region (West Sweden) visited the temple. Most of them had to queue up for almost an hour in order to reach the sanctum sanctorum.

Because it was Sri Krishna Janma Ashtami devotees wanted to perform the two symbolic rituals: swinging the cradle of baby Krishna and to bathe him along with his brother Balaram with abhishekham (symbolic ritual of bathing deities with milk and honey among others).

After the bhajans and chanting of Hare Krishna mahamantra, devotees queued up to collect the prasadam (food sanctified by offering to Lord Krishna). Prasadam served at Govindas like in many other ISKCON temples all over the world is almost like a meal and distributed freely to devotees but left to the decision of the devotees whether to contribute some money or not.

Steve Jobs the founder of Apple revealed publicly that he used to visit an ISKCON temple in the USA for a free meal.

Raju Prasad Yadav, an ISKCON devotee and discourse giver on Hindu philosophy and Bhagavad Gita, explained the significance of Sri Krishna Janma Ashtami or the Appearance Day (birthday) of Lord Krishna. “Krishna is spiritual. So, it is not like us. So, his birth is not similar to us.”

“Similarly, Krishna’s appearance is like … He is visible to our vision that is his appearance. More than 5,000 years back Krishna appeared in Mathura and that is why we celebrate. He is the Supreme Personality of Godhead. So we celebrate his appearance day or you can call Krishna’s birthday,” said Raju Prasad Yadav and celebrated widely in India.

During the discourse, Raju told the devotees that Srila Bhaktivedanta Prabhupada the founder of ISKCON brought Hinduism to the West at an age when most people retire from their lives.

Rishita Aggarwal danced to a tuneful tale of Lord Krishna’s childhood as the devotees chanted in praise of baby Krishna.

Arundhati aka Anke Bessler the manager of the Govindas restaurant said Sri Krishna Janma Ashtami is the most important day in year and a large number of devotees visit the temple unlike during any other festival. Almost 200 people, both Swedish and Indians, visited the temple though the expectation was around 150.

Many dishes of the prasadam were prepared with ghee, said István Sándor the chef, for it was a special day for Krishna and every one should be treated with tasty prasadam. Filip Westerlund, Chitraleka, Jahnavi, Susanne Forslund and others helped the temple to celebrate Sri Krishna Janma Ashtami. 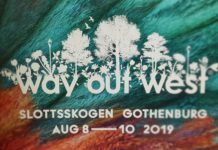 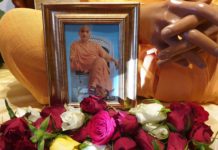 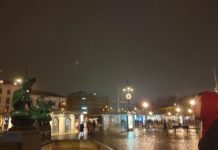