By the riverside of River Göta in Gothenburg, on the opposite end of Poseidon, stands a statue of Evert Taube (1890-1976).

Evert Taube was born in Gothenburg on March 12, 1890 at his grandfather’s house by Otterhällan overlooking the river. However, he spent his last days at Saltsjöbaden’s hospital outside Stockholm.

As a sailor, he sailed extensively in his younger days, 1907–1909, and later. He sailed around Red Sea, Ceylon, South Africa, Australia, Spain, Argentina and many other countries.

Maritime life influenced him; he began his career as a singer-songwriter and collected sailors’ songs.

By 1961 he started a new career as an artist. At the amusement park named Gröna Lund in Stockholm, he gave outdoor concerts in summers for more than ten continuous years.

Evert Taube was an eminent Swedish author, artist, composer and singer, bard, and the foremost troubadour of the Swedish ballad tradition in the 20th century and one of the beloved troubadours of the world. He was brought up on the island named Vinga in Västergötland where his father, Carl Gunnar Taube, was the lighthouse keeper, earlier he was a ship’s captain. According to a report, his mother, Julia Sofia Jacobsdotter, hailed from an untitled branch of the Baltic German noble Taube family; she was introduced to the Swedish House of Nobility in 1668 noble family No 734.

As the painter, he showed idyllic settings, motifs of Swedish archipelagos, and maritime Mediterranean from the perspective of Swede who had been on a four-week holiday tourist. His poetry evoked anti-fascism and anti-war, an anthem on the budding environmental movement in the 70s and about a girl from Havana.

Evert Taube married Astri Bergman, a painter and sculptress, in 1925. He died in Stockholm and is buried on the churchyard of Maria Magdalena Church.

The finest troubadour of 20th century Sweden and in the world was honoured with a complete pavilion ‘Evert Taube’s World in 2008 at Liseberg, the largest amusement park among Nordic countries. According to Taube Association, www.taubesallskapet.se, he had other interests such as in painting and illustrations. “Painter and illustrator Evert Taube is unknown to many. The great appreciation he received as a poet and artist has obscured his interest in his art. A similar fate has befallen his prose.

“Although writing soon took over, Taube drew and painted throughout his life. It was obvious for him to make his own illustrations when he wrote poetry, prose, poems, newspaper articles or a message to his wife Astri or the children. He supported himself and became known as an artist, writer and poet, but the idea of ​​painting and drawing never left him. Art was an important part of his life.

“Evert Taube occasionally went to painting schools, but above all he learned about art by seeking out other artists and acquiring knowledge from them. As early as 1927, some of his drawings were purchased by the National Museum. After his death, another 178 works were purchased and they are now part of the Moderna Museet’s collection. Taube drew with pencil and ink. He painted with watercolor, gouache and oil. During the 1970s he also worked with lithography. Taube had a large number of exhibitions during his lifetime, including at Waldemarsudde (1971).”

Maria Taube mentions in the website, “I myself have several entrances to Evert Taube. First, he is my grandfather and I remember him as a warm and loving person. He had a close relationship with my mother Ellinor, who was an artist. As a father, he was very involved in her artistic work and followed it with interest. Secondly, I worked for several years as curator at the Moderna Museet. When I saw his pictures in the museum’s collection, it became an aha-experience. In addition to the depictions of nature, I discovered what fascinating portraits he made of several interesting and strong women.”

Evert Taube: One of the 400 Experiences to do, to know, to see in Gothenburg. 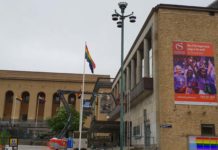 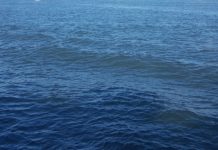 Havets Hus: Do You Want to Know What Happens at Night in an Aquarium? 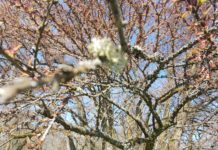 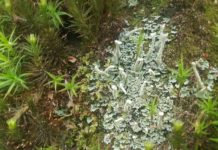 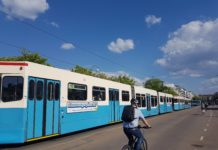 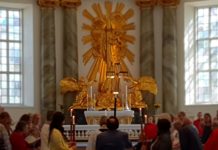 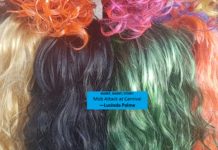 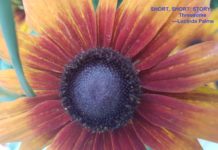