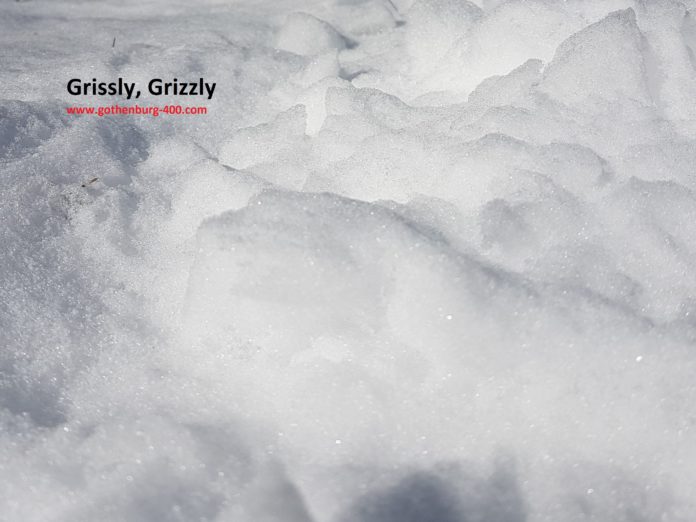 Can you tolerate a grizzled human being dining on gristle and watching grisly movies?

Audience can be sensitive to watch gristly details of a gruesome news stories.

The opposite of gristly is pleasant.

When 9-year-old Barnabas saw a goat butchered during his visit to the ancestral village, he found it gristly and had stopped eating meat which dismayed his parents.

The bystanders were shocked to see the grisly remains of the bikers who were hit by a lorry.

The documentary filmmaker has filmed the grisly details of accidents on the national highways of India. The footage was edited with some gristly details but leaving a room to edit them out if any audience complains.

Grizzle is a verb referring to fretting about something or someone; whingeing, whimpering, grizzle also refers to people particularly to children who keep complaining about this and that and about something in a whining way. Grizzle is an informal word, and a derogatory word.

Can you stop grizzling about the food, please, asked the wife.

With repeated reminders of requests, the child stopped grizzling! The parents were elated as their kids got away from grizzling and started appreciating the things the parents did for them; and they say the family has grizzling gene said a family friend.

Grist is a noun. Grist’s archaic meaning is grain to be ground. As an idiom, grist to the mill or grist to somebody’s mill indicates to utility, profitability, in addition to, as contribution to something larger.

Working as a teller in the bank during the day, he drove a taxi for three hours in the evening to supplement the household income for it is all grist to the mill; and the family needed it for their children’s education.

Even if it is gristly, if it is meat he will not hesitate to devour it for he is a leonine carnivore.

Gristle is a noun. Gristle is the tough unappetizing tissue in the meat such as the cartilage.

Grizzly is an adjective meaning someone inclined to grizzle, prone to grizzling.

Grizzled is also an adjective referring to grey, graying, grizzly, and hoary.

On a fine morning, he was stunned to notice in the mirror that his head is grizzled.

Grizzly as a noun refers to a large fierce grey-brown bear found in North America.

Grizzly bears are common in in northern USA and Canada. 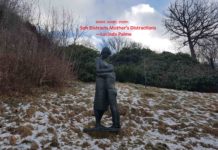 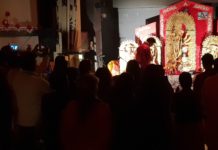 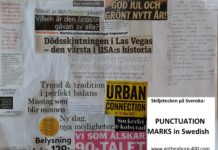