One of the best known entertainers of Sweden, Magnus Ulla, is performing in Gothenburg at Rondo, Liseberg. He has been in the entertainment sector for almost four decades and had delivered many hits. “No old cupboard food” was how he described his music: “My only requirement when writing on a show has been that it should contain only new material, no old cupboard food. The demands of the audience have been the opposite, but in my view I have never fallen into disrepute. Never.” At the audience’s request, Uggla is now performing something that he has never done before – a hit show, a hit cavalcade of rarely seen dimensions.

Rondo is one of the most popular and oldest show venues (showkrog) in Gothenburg. The venue also functions as a restaurant and bar until the start of the musical programme.

Magnus Ulla’s latest show ’Varning på stan nu mår kung i baren illa egen’: “WARNING IN THE CITY NOW KING IS AT THE BAR AGAIN BADLY’ is at Rondo until December 14. ‘The audience should get what the audience wants, and that with raw material. Just old songs,’ he noted about the show. ‘But maybe we can also get an answer to the question that the entire Swedish people have been pondering for decades. Where did the songbird’s songbird go? In the fall of 2019 we know.’

A staff member at Rondo told www.gothenburg-400.com that the Magnus Uggla’s show is a hit from the start in terms of audience visits and sales. On Thursday, 07 November 2019, the whole venue was filled up. The ticket for the show is SEK 595 and lasts for an hour and a half without a break.

Per Allan Magnus Claësson Uggla is a singer and songwriter, an artist, composer, actor, and radio host. He was born in Stockholm, and started as the lead singer with hard rock band JUSO (Alexander Lucas) and went solo in the 1970s. He was born on 18 June 1954. During his performance at Rondo in Gothenburg he even cracked a joke that he was a pensioner and gets to travel free on the trams. His discography beginning with Om Bobbo Viking in 1975 includes albums, collections, live albums, international singles and international covers, records of original lyrics and Swedish covers (a new performance or a new recording and commercially released song of some other artist).

Jesper Salhi is the restaurangchef at Rondo. 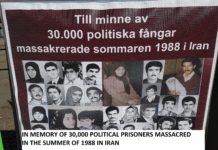 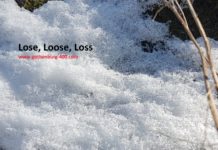