Govindas the temple-cum-restaurant in Gothenburg has observed Sri Krishna Janmashtami with a gathering of about thirty-five people mirroring the current times of the coronavirus pandemic. The priestly devotees performed the customary rituals befitting the birthday of Lord Krishna: swinging the cradle of baby Krishna and bathing the idol of the lord with abhishekham (milk and honey among others). The devotees sang bhajans, chanted the Hare Krishna mahamantra and partook the Prasadam the sanctified food.

DRAMA: The Birth of Lord Krishna

Befitting the occasion a drama was performed for which the script was written by Udisha aka Ujjvala Kishori and narrated by Deepika Iyer. The drama evoked the birth of Lord Krishna: Kamsa, the tyrant ruler of the Vrishni kingdom with Mathura as its capital, was the brother of Lord Krishna’s mother Devaki. He wanted to slay Krishna but in the end he was slayed by Krishna. In the mythology, a heavenly voice prophesies that Krishna, Devaki’s eighth son, will slay Kamsa. Therefore, he imprisons Devaki and her husband Vasudeva but Krishna survives, so is his brother Balram, and in the end, as prophesied, he kills Kamsa.

Nishant Singh gave a lecture with the aid of multimedia by pointing out to the existence of a human being on the Earth and the place of the Earth in the universe, in the Milky Way and beyond.

One’s position in the universe begins within one’s innerverse (one’s unexplored mental universe that is rarely explored or tapped) and what a person in spiritual life should be aware of. To this effect, he referred to the 9th in chapter 4 of Bhagavad Gita: … One who knows the transcendental nature of My appearance and activities does not, upon leaving the body, take his birth again in this material world, but attains My eternal abode, O Arjuna. …

The purport of the verse as explained by A.C. Bhaktivedanta Swami Prabhupada, the Founder-Acarya of the International Society For Krishna Consciousness, in Bhagavad Gita: As It Is, is: “The Lord’s descent from His transcendental abode is already explained in the sixth verse. One who can understand the truth of the appearance of the Personality of Godhead is already liberated from material bondage, and therefore he returns to the kingdom of God immediately after quitting this present material body. Such liberation of the living entity from material bondage is not at all easy. The impersonalists and the yogīs attain liberation only after much trouble and many, many births. Even then, the liberation they achieve – merging into the impersonal brahma-jyotir of the Lord – is only partial, and there is the risk of returning to this material world. But the devotee, simply by understanding the transcendental nature of the body and activities of the Lord, attains the abode of the Lord after ending this body and does not run the risk of returning to this material world. In the Brahma-saṁhitā (5.33) it is stated that the Lord has many, many forms and incarnations: advaitam acyutam anādim ananta-rūpam. Although there are many transcendental forms of the Lord, they are still one and the same Supreme Personality of Godhead. One has to understand this fact with conviction, although it is incomprehensible to mundane scholars and empiric philosophers. As stated in the Vedas (Puruṣa-bodhinī Upaniṣad):

“The one Supreme Personality of Godhead is eternally engaged in many, many transcendental forms in relationships with His unalloyed devotees.” This Vedic version is confirmed in this verse of the Gītā personally by the Lord. He who accepts this truth on the strength of the authority of the Vedas and of the Supreme Personality of Godhead and who does not waste time in philosophical speculations attains the highest perfectional stage of liberation. Simply by accepting this truth on faith, one can, without a doubt, attain liberation. The Vedic version tat tvam asi is actually applied in this case. Anyone who understands Lord Kṛṣṇa to be the Supreme, or who says unto the Lord, “You are the same Supreme Brahman, the Personality of Godhead,” is certainly liberated instantly, and consequently his entrance into the transcendental association of the Lord is guaranteed. In other words, such a faithful devotee of the Lord attains perfection, and this is confirmed by the following Vedic assertion:

“One can attain the perfect stage of liberation from birth and death simply by knowing the Lord, the Supreme Personality of Godhead, and there is no other way to achieve this perfection.” (Śvetāśvatara Upaniṣad 3.8) That there is no alternative means that anyone who does not understand Lord Kṛṣṇa as the Supreme Personality of Godhead is surely in the mode of ignorance and consequently he will not attain salvation simply, so to speak, by licking the outer surface of the bottle of honey, or by interpreting the Bhagavad-gita according to mundane scholarship. Such empiric philosophers may assume very important roles in the material world, but they are not necessarily eligible for liberation. Such puffed-up mundane scholars have to wait for the causeless mercy of the devotee of the Lord. One should therefore cultivate Kṛṣṇa consciousness with faith and knowledge, and in this way attain perfection.”

Sri Krishna Janmashtami is one of the biggest festivals for the Hindus and the main festival of ISKCON. At the ISKCON temple in Gothenburg, it attracts a large number of Hindus. On 12 August 2020, because of Covid-19 and the social restrictions due to the pandemic, it was celebrated with few in attendance. 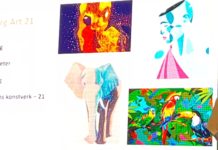 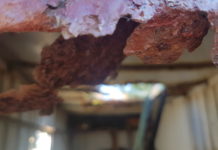