Stellan Skarsgård was honoured with the Nordic Honorary Dragon Award by the Gothenburg Film Festival. The Swedish actor has acted in many movies directed by Nordic and American directors in a career spanning more than four decades. He is the most popular actor of his generation in Swedish cinema, and he made his entry into films by starting in theatre and without formal education in acting.

To a packed audience at Stora Teatern, Stellan Skarsgård spoke about his career in films in a conversation lasting almost for an hour moderated by Jonas Holmberg the Artistic Director of Göteborg Film Festival. Stellan began his career in 1968 and in 1982 the movie ‘Den enfaldige mördaren’ brought him fame in which he plays the main role Sven and established him as an actor.

When Jonas Holmberg asked about the most important quality in a director of film, Stellan Skarsgård said, “First of all, he has something to say, something to say. If you are making a big industrial production, if you are making a big popcorn movie the director is like in a TV series…you change the director and it won’t change anything … somebody else is having a control over the product.”

“Any art that doesn’t have a sender that doesn’t come out from oneself will not be very interesting. Which means it has to be personal at one level or another that is the most important thing. Technically as an actor, of course you want the director who is not only good at moving cranes and cameras, the director is interested in what is happening between the actors and most of all what happens between the actors between the lines,” Stellan Skarsgård said.

Prior to the conversation with Jonas Holmberg, the audience saw the movie ‘Den enfaldige mördaren’. To a question from an audience about the role of social media such as YouTube and Instagram where there is always something to watch, he said those platforms are releasing creativity but yet none can replace the cinema.

The 43rd edition of Göteborg Film Festival has begun on 24 January 2020 and will continue till 3 February 2020. More than 400 films will screened across the cinema halls in the city, and the focus is on feminism and Brazilian movies. 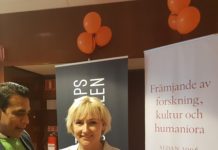 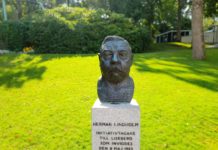 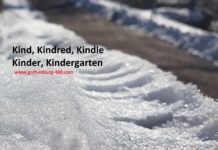