Sweden lost to England in the quarter final match of FIFA World Cup 2018 but the Swedish unity was amply demonstrated in Gothenburg unlike never before. The football matches during the world cup has united people in sharing the experience of Swedishness, and imbued a sense of solidarity irrespective of social backgrounds.

The late afternoon in Gothenburg looked deserted with many residents gathering at pubs and cafes, homes and amusement centres to watch the crucial quarter-final match in the company of their friends or family or both, or in the collective atmosphere such as at Ulevi Stadium, Stora Teatern, Stadsbiblioteket and Liseberg.

Many residents sported in blue and yellow attire, or at least wearing one garment that showed support for Sweden – hat or cap, shorts of T-shirt, wristband or a tattoo, or the Swedish national flag on a cheek.

Liseberg the biggest amusement park in Scandinavia was chock-a-block as it showed the Sweden versus England. It was for the first time that Liseberg showed a match of FIFA World Cup 2018. An official at Liseberg told www.gothenburg-400.com that about 10,000 people had gathered for the match. But only those who had bought tickets or had yearly passes were allowed unlike at other places. Importantly, the amusement park plans to show the coming semi-finals and finals irrespective of Sweden’s continuation in the game.

Flora Oryema is a Swedish-Ugandan who came to Liseberg for the quarter-final match. She was clad in Swedish national paraphernalia. She told www.gothenburg-400.com that though her family members lived in England and supported the English team, but she wished for Swedish win. Swedishness poured out of her garments unlike nobody at Liseberg.  She said that sport like football is an excellent gateway for cultural integration in Sweden. She is a project leader and consultant at at Stiftelsen Gyllenkroken. 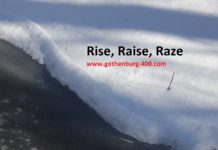 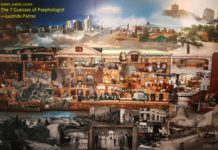