After the General Elections held on September 9, 2018, Sweden has formed a new government headed by Stefan Löfven with 22 ministers. The elections has thrown a hung Parliament or an inconclusive result with no political party or a political bloc managing to get a clear majority. However, the Social Democratic Party (S) has emerged as the single largest party and it has run the government from 2014-2018 with the support of Green Party (Miljöpartiet). And, it will continue to rule Sweden until the next General Election for which the date is set on 11 September 2022, if there is no snap poll or by-election.

The Prime Minister Stefan Löfven managed to form a government by winning over the support of Centre Party and Liberal Party in the Parliament and the indirect support of the Left Party. He announced the government policy on 21 January in Riksdag the Swedish Parliament: “All around Europe, extreme right-wing movements are spreading. In several countries, forces with an antidemocratic agenda have made it all the way to government. But in Sweden we stand up for the equal value of all people. We are choosing a different path.”

“We are now beginning a historic form of cooperation. Sweden will now have a Government made up of the Social Democratic Party and the Green Party that will cooperate on the budget and the direction of policy in several areas with the Centre Party and the Liberal Party.”

Andreas Eraybar, Liberalerna i Göteborg (Liberal Party in Gothenburg) told www.gothenburg-400.com that this coalition government may not last its full term of four years. He said that the Prime Minister Stefan Löfven may find it difficult to carry on with him the Centre Party and Liberal Party, who broke away from the alliance of two other parties, and the Left Party. He said these parties would not be satisfied with the government’s agenda, policies and reforms as they are right and left of the political spectrum. He also stressed that his party members across the country are devastated with the decision of Jan Björklund for breaking the alliance with the two other parties: Moderate (M) and Christian Democratic (KD) Parties.

Moderaterna (The Moderate Party)’s Ulf Kristersson was earlier tipped to be the next Prime Minister of Sweden but he could not manage to get the support of other political parties, and Centre Party’s Annie Lööf also tried to form a coalition government but failed but she extended support to the Social Democratic Party headed by Stefan Löfven.

Prime Minister Stefan Löfven noted: “The electoral period began in the autumn. Winter has now arrived, but today, 21 January, a new Government will begin its work. We have less time than usual, but together, and in broad cooperation, we can and will achieve all the more.

“This is a new era, a challenging and crucial era. The parliamentary cooperation that begins today is historic,” observed the Prime Minister. 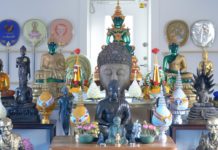 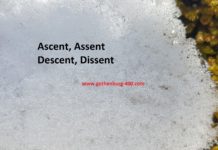