The political and electoral landscape in Sweden is churning with activity as the country prepares for the General Elections on Sunday 9 September 2018.

Medborgerlig Samling is the new political party trying founded in 2014, ideologically characterized by liberalism and conservatism, combined with a big dose of simple pragmatism. The party now has about 2000 members and is trying to make its mark already in 2018 elections into the parliament.

Marcus Rise, the leader of the party in West Sweden (Ordförande i district Västs Styrelse) told www.gothenburg-400.com that the party is born because of the need to stand up for Sweden. He reckons the political parties are not delivering what they promise; and running away from talking about issues that matter to people such as economic situation in the country, unemployment and public services. He has reservations about the big infrastructure project Västlänken which is underway in Gothenburg.

Robin Ristander, vice ordförande i distrikt Västs styrelse, sees that Medborgerlig Samling has a potential to rise in the electoral politics of Sweden because the mainstream parties are not disclosing the information to the public on issues ranging from immigration to social services though the Swedish voters wants to know what is happening in the country and how immigration is affecting their lives and living standards.

The party’s slogan is: MER SANS. MINDRE SENSATION. ’More sense. Less sensation.’ It would neither create sensation like the Swedish Democrats nor act without sense like Social Democrats on immigration. ‘For instance allowing the 9000 immigrants from Afghanistan, who have been rejected asylum to stay anynow for no obvious reason other than succumbing to activism and populism, to cite an example,’ says Robin.

Marcus and Robin agree that migration is one of the main issues of the coming elections. They say Sweden should be realistic in its immigration policy to help all parts of the society, not least the migrants themselves. “I think many have come with very different expectations about the possibilities for job and housing excetera which lead to disappointment when they realize this is not the case, not to talk about the big portion who are not allowed to stay in the end. It’s just not a sustainable model to ensure the right to seek asylum long term,” Robin says.

“I think we all want to make sense of this world we’re living in and right now the decisions taken probably doesn’t really add up to the vision of any party of what Sweden should become. I think that’s the reason why we have such a large proportion of engineers in our party, probably the largest compared to other parties. We attract that kind of pragmatic people who can identify the problem, analyze why it is like this and strive to solve them in a sustainable way. Right now there is less sustainability and more populism in Swedish politics, but we’re set out to change that,” explains Robin.

Medborgerlig Samling believes it is different from other political parties because they have a broad internal democracy with possibilities to discuss on all issues however sensitive or thorny they are. Robin explains that ‘party wants to be the party who strive to inform the public to a higher degree about the potential consequences of certain decisions, good and bad, for the public to make informed decisions, rather than being in the hands of politicians who uses one-liners and who themselves doesn’t seem to understand the consequences of certain decisions. For instance politicians claiming that on one hand segregation is the main challenge in Sweden, but still strive to allow more refugees that will end up in these areas, without explaining what we’d do differently to prevent further segregation’.

If Medborgerlig Samling makes its mark in the Swedish Parliament, and if there is a hung parliament, who will it support? The leaders say: “We are, unlike the other parties, prepared to collaborate with ALL political parties for different issues.” Among the 8 political parties represented in Parliament, the party is closer to Moderaterna. Their vision for the country is to protect the interests of people and address their concerns.

Swedish Parliament is a unicameral legislature (unlike other democratic countries) consisting of 349 political representatives (Members of Parliament) and they are elected once in every four years. The number of seats each political party receives depends on the proportion of votes a party gets (proportional representation – number of seats are proportional to the number of votes the party has received). For a political party, to make its presence in the parliament, it should get at least 4% of the votes. 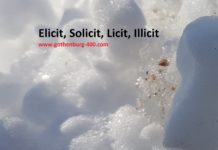 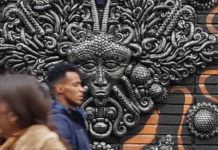 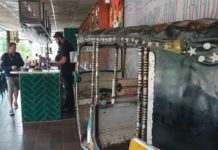