Sweden is gearing up for the elections (for the formation of national government) on Sunday, 9 September 2018. The political parties have started to make their presence online and offline.

In the backdrop of alleged Russian interference in the US Presidential elections held in 2016 that allegedly enabled the Republican candidate Donal Trump in the place of Democratic candidate and frontrunner Hillary Clinton, the Russian shadow looms on many sovereign nation states in the European Union.

Gothenburg University (Göteborgs Universitet) and People’s University (Folkuniversitetet) organised a discussion on Russia and its President Vladimir Putin who was recently re-elected with a crushing majority. The participants of the ‘open for all and free’ discussion were Professor Per Måson and Journalist & Author Kalle Kniivlä and moderated by Journalist & Author Mattias Hagberg. More than 70 people participated in the discussion hosted by Pustervik and almost 600 people registered their interest in the event on Facebook.

Professor Per Månson also teaches a short course on Russia at Gothenburg University’s. The students on this course were asked 3 questions: 1) What do you think when you hear Russia 2) How do you think Russia is presented in media, television and newspapers? 3) Read this, and analyse this. Per Månson says firstly for most of them Russia evokes – threat, scare, terrible but once facts are presented to them to analyse the real picture emerges. He says fearmongering has been spread in the media that Russia is a threat to Sweden. www.gothenubrg-400.com spoke to Professor Per Månson:

Q. Do you think Russia is a threat to Sweden

Q. Do you think Russia will interfere in Swedish General Elections scheduled to take place on Sunday, 9 September 2018?

Q. Is Sweden hesitating to join NATO in order to not offend Russia?

A. No. I think here I have to answer like this … there is very very big interest in Sweden from so to say borgerlig (bourgeois, middle class) side, borgerling houses, newspapers and so on want us to go to NATO. And, in this way, if there is borgerlig side victory in the elections, I think we will have to discuss whether to join NATO or not.

Q. Why is there a paranoia in Sweden – among the people and political class – that Russia is a threat?

A. It has very very deep roots. You know Sweden had started a war with Russia in thirteenth century. We have been fighting (against) them, we have been invading them many times, Karl X Gustav, Karl XI Gustav, Karl X11 and so and so forth. And Russian soldiers had been here in Sweden too. We can say Russian has been Sweden’s arch enemy before it was Denmark. But after Denmark it has been Russian our arch enemy (so it has been for historical reasons)

Q. Why Russia interests Sweden so much … almost at par with the USA, is it because of geography, history …

A. No, it is because we can use Russia to say Russia is a threat to Sweden because of historical reasons that is very simple.

Q. Is there a threat to Sweden from Russia in twenty-first century?

A. It depends if the situation becomes very very dangerous. If we can stop this fearmongering, then it is no problem. 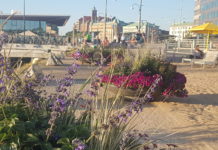 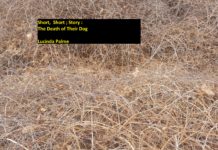