One of the dominant themes of the annual Science Festival 2019 held in Gothenburg from 2-7 April was on Artificial Intelligence (AI). During the weeklong festival at different venues across the city, one of the events was a panel discussion on AI titled ‘THE BRAIN OF HUMANS AND THE MACHINES’ at World Cultural Museum. In the discussion 7 experts in the field of brains in humans and machines— ranging from a scientist who is developing an app on tracking sleep cycle to a scientist working on the usage of AI in detecting a threat and destroying that threat—presented their research and projects.

In the second decade of the 21st century, there are machines with AI that have proved superior to the brains of human beings in doing some tasks such as analysis data for targeted delivery by using algorithms to playing a game like chess and defeating the human. AI’s application in every sphere of human life is becoming pronounced and evolving such as in the cars to medical science.

Mats Nordlund from Zenuity spoke about the cars and automation in the cars (AI). www.gothenburg-400.com spoke to him by asking when one can see the driverless cars on the streets (by the end of this century?). “The cars you see on the roads today are going to get more and more sophisticated,” he said, “then at some point you will see some autonomous functions.” The car industry is automating many aspects of car by embedding AI but before them become autonomous they have to go through verifications from regulators at multiple levels.

If cars with AI can prevent accidents, it would be a boon to humanity. According to World Health Organization (WHO) more than 1.25 million people die due to road accidents every year (more than the number of people dying due to civil war or terrorist attacks or natural disasters like famine or drought).

“By the end of this century, no doubt, but when before that end of the century? Some people think it is very soon. Some people think ten or fifteen or twenty years or so. But what I can say is that the cars can already do all the functions that are expected but not at the sufficient safety levels,” said Mats Nordlund. Who can afford to buy such advanced cars with automation, AI…? Mats explained that the ownership of the car itself is going to change: one can hire the car for a specific task and leave it (like the bicycles in Gothenburg now). Currently most of the cars lie idly for most of the time but once autonomous cars come into the market they could be used by several people for several errands. But this is going to happen in a step by step manner.

Claes Strannegård, professor in data and information technology from Chalmers spoke about AI versus animals: “Today we have AI programs that can play chess and video games at a superhuman level. But we do not have programs with general intelligence, not even at the level of fruit fly. What can we learn from the fruit fly?”

Johan Wessberg, professor in neuroscience and physiology, from University of Gothenburg introduced to the audience about the nerve cells—100 billion nerve cells in the brain (100 000 000 000), 10 million nerve cells per cm2—and how products can be developed: robots that can adapt to new homes, products of low data that can learn from scarce financial or medical data, and products of low energy – incremental deep learning without the need to retrain from scratch repeatedly.

Professor Devdatt Dubhashi from Chalmers University of Technology spoke about Alan Turing. Dr Dubhashi’s main interests are in machine learning, the design and analysis of randomized algorithms, and computational biology. He specialised in ‘data science in the age of automation: Data Science, AI and Machine Learning’. How data science, machine learning and AI will ‘play a major disruptive role in the coming automated economy and society’ such as Google, Facebook, Microsoft, Amazon and Twitter who have already formed central AI teams designed to spread artificial intelligence throughout their companies’.

“I believe that at the end of the century the use of words and general educated opinion will have altered so much that one will be able to speak of machines thinking without expecting to be contradicted.” –Alan Turing, Computing Machinery and Intelligence (1950)

Irene Perini topic was on ‘The Social Brain’: the mirror neuron system, the default mode network, and the salience network. She spoke about default mode network (stimulus-independent thought or mind-wandering – driven not by attention to the external environment but by internal mode of cognition), autobiographical memory (episodic recollection of personal events from one’s own life. Reminiscence – self being remembered – self engaged in recollection) and the ‘Theory of mind’: understanding that the behaviour of others is motivated by internal states. Self-projection simulates other people’s experiences in order to understand them. Dr Irene Perini from Linköping University is a principal research engineer at the Department of Clinical and Experimental Medicine, whose ‘goal is to understand how social interactions and social stimuli are processed in the brain in healthy subjects and in psychiatric populations’.

SLEEP CYCLE: for a good sleep & to detect sleep apnea

Mikael Kågebäck from Chalmers University of Technology is working an app related to detecting the sleep cycle through a company called Sleep Cycle AB. He conducts ‘research in the area of machine learning with a particularly pronounced passion for deep artificial neural networks, or deep learning’ and his application areas are natural language processing, computer vision and computational biology. www.gothenburg-400.com asked him about the need for an app related to sleeping. He said by using sensors the app can gather the data of person such as from wristwatches that tracks heartbeat or mobilephone that tracks physical activity can be used to sleep well and to detect sleep apnea. He said, “(It) helps you to wake up at the right time instead of setting up an alarm clock at a certain time … when it is good enough for the body, you will wake up and when you are less tired, or when the body has had required sleep.” He said sleep apnea is a real problem and people can die from it.

Sleep apnea is a sleep disorder (breathing stops, breathing starts, repeatedly). Even if one snores loudly and feels tired after a full night’s sleep, it suggests the sleep disorder. Symptoms of sleep apnea are gasping for air during sleep, waking up with a dry mouth, morning headaches, insomnia, hypersomnia, irritability among others.

Are gadgets and devices with AI set to dictate or control the human beings like when to eat or where to go among other things in the future?

Mikael Kågebäck told www.gothenburg-400.com that the automated things in the society have enriched people in many ways and freed-up time to do other things of life, and one can always be in control of one’s life by turning off that device or this gadget!

The room in the World’s Culture Museum for the panel discussion was packed with people from different age groups ranging from 20something to septuagenarians. David Göthburg, a researcher in IT and computer science, said the best thing about the science festival is you get to know the latest developments in the fields of research directly from researchers and professors. He informed that by the time the news related to research findings are published in the mainstream media it is too late. 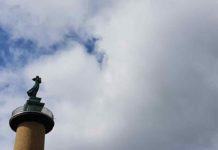 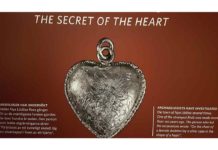 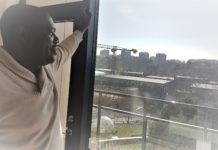