Jörgen Fogelklou is the leader of Swedish Democratic Party (Sverigedemokraterna: SD) in Gothenburg aka Göteborg. He tells www.gothenburg-400.com that the party can get 25% of the total votes in the coming elections but that may not be the case in the local elections (to govern the municipality or Göteborgs Stad).

The leader thinks SD may not get as many votes as it may get in national elections but he predicts the party will double its share of votes in Göteborgs Stad. He says if not in this elections (in 2018) but at least in the next elections (in 2022), things will change for the party meaning it will be more acceptable to other parties and Swedish voters.

Listen to the podcast: Interview with SD leader Jörgen Fogelklou in Gothenburg. In the podcast he talks about the policies of the party, how and when it will rule Göteborg, and what are the issues that needs to be addressed (safety and security and housing) in the city.

Sweden has risen significantly in the last general elections and set to make its impact in the coming elections on 9 September 2018. Sweden is going for elections to elect the local government (Göteborgs kommun), regional government (Västra Götaland Regionen) and national government (Riksdag) simultaneously on the same day.

Jörgen emphasizes that the SD is different from other political parties in Sweden because it sticks to its stand on policies, and points out to the problems such as on immigration, safety and elderly care and also offers solutions to them. 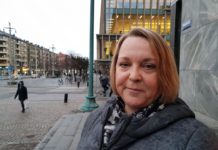 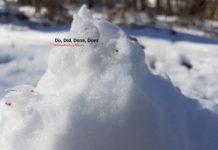