Gothenburg aka Göteborg, the second largest city in Sweden, has water bodies around. The river Göta (Älv) cuts through the city and there is North Sea that opens up the city into the Pacific Ocean. One of its principal areas is Hisingen and it is an island connected to the central part of Gothenburg through the bridges.

Henrik Kant, stadsbyggnadsdirektör (City’s Planning Director), spoke at a seminar as part of Gothenburg International Film Festival 2019 on “how Gothenburg will be saved from the climate threat”. He shared the city’s plans to confront the threat of rise in water levels especially in the river, and also due to rains, if there are more rains. (Gothenburg has 152 days of rains in a year.)  He said one way to prevent the city from flooding is to build a protection wall like the barrier on the Thames in London.

Gothenburg has an on-going plan to build housing for 150,000 new people by 2035. Many of these buildings are planned in areas near the river such as in Frihamnen.

Because Gothenburg can be negatively influenced due to more water, from above and below, and raising the land for construction or uplifting is not enough to compensate for the increase in water levels. Henrik disclosed that the city is aware of the dangers of water levels and ‘Gothenburg should not be considered as part of Waterworld’.

How to prevent Gothenburg from flooding and not to see it becoming part of the ‘Waterworld’? One of the plans is to build a river-edge protection between the Opera and the casino. Henrik Kant shares the plans of Gothenburg with www.gothenburg-400.com and preparing the city towards urban development: You can listen to the podcast: 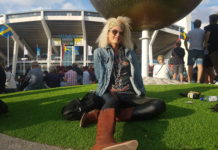 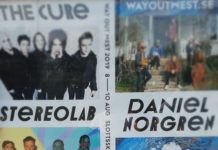 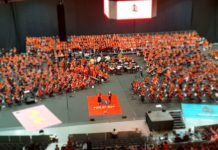