South Korea will be the theme country – the ‘guest of honour and theme country’ – at the Gothenburg Book Fair 2019 from September 26-29. This will enable the country’s Korean Ministry of Culture, the Korean Publishers Association, the Writers Association of Korea, the Literature Translation Institute of Korea to get a prominent spot and attention. In an interaction with www.gothenburg-400.com, Oskar Ekström, Program Manager at the Book Fair told that the reason to choose South Korea as the theme country is that ‘South Korea and Sweden are celebrating 60 years of diplomatic relations next year (in 2019)’.

In a press release by the Book Fair the response from South Korea is noted. “We are delighted with the cooperation with the Book Fair in Gothenburg and the opportunity to present South Korean literature and culture for a Swedish audience. This book fair is the largest of its kind in the Nordic countries, celebrating reading and literature. It takes us on a fascinating intellectual adventure,” said Chul Ho Yoon, Chairman of the Korean Publishers Association.

“Right now we are in the process of choosing authors for next year’s program and are preparing to get their work translated into Swedish. I’m really looking forward to introducing their stories next year,” said Kyung Ja Lee, Chairman of the Korean Writers Association, Writers Association of Korea.

The other themes are Gender and Awareness. Why gender? Because in 1919, the Swedish Parliament implemented the universal and equal voting rights – men and women. The focus on gender is to commemorate the centennial anniversary (1919-2019).

International writers, journalists, researchers, publishers, artists, musicians, entrepreneurs among others will be present to the 2019 Book Fair. Conny Brännberg, chairman of the Västra Götaland Region’s Cultural Council noted that the international conferences at the Book Fair gets the maximum attention from local to global.

“Through the theme of the awareness at the Book Fair, our goal is for libraries and teachers to gain increased knowledge and valuable tools in their daily work,” said Annica Andersson, editor of School and Library at the Book Fair.

In 2018, during the four days of the Book Fair 2018 there were 3800 programmes ranging from seminars and workshops and 811 exhibitors. Frida Edman, the Senior Vice President of Book Fair, noted that the Book Fair is not only the relevant market place but also ‘created a fantastic arrangement focusing on literature and reading!’ 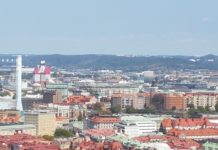 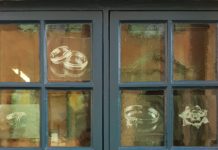 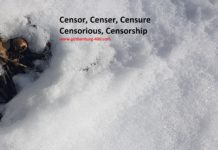