On the hottest day in a summer of twenty-first century, when Sweden reached quarterfinals in football’s world cup held in Russia, Sakina Nagisoy arrived at John Scott’s at Järntorget the Iron Square.

Sakina is a regular customer to the pub. She came frequently; initially, thrice in a week; six months later, the frequency came to twice in a week; and a year after, once in a week; and these months, she came once in a fortnight. She usually comes in the late noon or late evenings depending upon her appointments.

Every barman and bargirl knows her. They adored her for her regularity. She is a unique customer: youngest regular customer. She is not an ordinary girl like one sees or meets every other day. She is a lightning. Her lips draws the attention of a man or a woman: depending upon how one draws an inference; they are either puffy or bulged or ballooned or swollen or rosy or like a lightning or sexy. The lips could instantly tell they had a touch of a cosmetic surgeon or Botox expert. (The root cause of that trend could be that Angelina or this Jolie or that Julie?)

Sakina sits by the bar, orders a glass of white wine. The customers are coming, and going. She steals a glance at one or the other. She feels the attention: people of all ages and both genders pay attention to her. In her expeditions for a potential mate, she could not yet find a potential man she wished but the wish remains a wish.

The moment she places her smartphone on the table, her phone rings. An old boyfriend is calling, a really old man, past 60s, who never disclosed to her whether he is a pensioner, or still working, or out of employment but maintains ‘I have enough work to handle, and lot of work at hand’. She keeps the phone on silent mode. It rings, and rings, and she changes her mind. She decides to be courteous. She answers, “Hello.”

“Do you want to join me for sailing,” he asks, “this weekend?”

“Thanks,” she says, “next time.” She returns to sip her wine. She sips. The balding barman with a ponytail tries to get out of the bar counter to collect the empty glasses on the tables. He greets, “Looking great, as usual.”

She feels he is lying for he was saying the same thing but never said something more or something less. She scans her immediate vicinity to make sure no one is around, within their earshot, and asks a direct question, “How do I look?”

He lies. “Beautiful. I would love to go out with you,” he pauses, and says, “let me do my job.” He inches out into the bar to collect the empty glasses on the tables. He thinks she looks like one of those girls he saw in Berlin bars and brothels.

A feeling occurs in Sakina. She scans her contacts on her mobile phone. And there she is, her friend, her oldest friend but not older than her but her contemporary. She distanced from Ebba Carlson for she had said the unpalatable truth: You look beautiful, naturally. Ebba said it when Sakina asked for her opinion on her lipjob. From that moment, both knew they were not going to be the same friends.

Sakina sips a sip of wine. Thinks whether to call or not to call her bosom friend Ebba. It was more than two years ago they had met and spoken. She sees a point in Ebba’s candid observation, after a long time but not long enough in a lifetime! She is not sure whether Ebba would respond to her call but she calls thinking ‘if she is my friend she has to answer otherwise she is not my friend’.

Sakina calls, Ebba’s phone rings, “Hey, Ebba.” Ebba is speechless on the other end. “Can you hear me, Ebba?”

The intensity of Ebba’s attention is tangible, she has answered her call, and listening, though she could be anywhere in the world: with family or a friend or with someone somewhere unknown to her. When they were friends, they knew everything about each other. Sakina says, “Can I ask you something?”

“Is it about your lipjob?”

“You look beautiful,” Ebba reiterates, naturally,” and asks, “are you single?”

“Be natural. You will find your soul mate. I missed you.”

“You are my friend, really, anytime.” 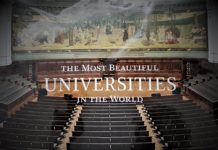