Mother and son boarded the tram at Saltholmen, the last or the first stop of Tram 11, and chose the seat to sit where they wanted. They were heading in the direction of the mother’s parents’ home. The tram gathered the commuters from each stop, and the number of commuters getting in to the tram was increasing for it is was the peak time for those going home from schools and colleges, offices and workplaces.

Petronella the mother persuaded the son to stay for the rest of the day and until tomorrow at his maternal grandparents’ home by Oscar Frederick Church. For she has an invitation for a party tonight at a friend’s house.

Alvin the son agreed to his mother’s persuasion for he would not like to displease his mother. He wished to be with his father or paternal grandparents but the mother dismissed the wish citing the distance and disturbance in their routines.

Mother and son sat in the front seat of the front coach of the tram with lot of space for their legs to stretch out. Mother sat by the window watching and thinking, and her son by the aisle. The February day showed no signs of spring but all around it was wintry weather. The mother started to think about the party: What to wear? What drinks to buy for the party? What food items to take as part of her contribution? What to talk? With whom to talk? and why? What colour of lipstick to daub on her lips that would reflect the mood of her mind? How much money to allocate for drinks and food? What would be the outcome of the party? and how much? and who else would come?

Alvin was occupied in noticing the backpacks and footwear of his peers who were boarding and alighting along the journey. He is experiencing a wholesome Gothenburg for his parents and grandparents (maternal and paternal) lived in different corners of the city. Where he would end up and why did not bother him instead a streak of thrill filled him: variety of places. And, he was not sleeping continuously at one place for not more than six days. Normally, he is expected to spend one week with the mother and one week with the father but the father and the mother also continually transported him to their parents’ homes for this reason or that reason. The homes of his parents and grandparents and sleepovers with friends introduced him to a wholesome Gothenburg, and kindled him the geographical and racial-cultural curiosity of Gothenburg.

As the tram stopped at Kaptensgatan, more commuters boarded the tram and it was a chock-a-block. The empty space in front of the mother and the son was filled with people. Alvin noticed a hunched woman with a trolley and man with his hands on her as support. Pronto, Alvin got up and offered the seat to the woman. And also, alerted his mother to get up by showing the small sign in the side of the tram – give this space when you see someone needs this space. Petronella got distracted from her thoughts as her son distracted her. Before the mother could get up, the elderly woman told the Alvin the boy ‘you’re kind, we will get off at next stop, thanks’.

The mother and the son re-sat in their seats. The mother looked at her son with a strange expression. Grasping the mind of the mother, Alvin hissed into his mother’s left ear: common sense, mamma.

Mother murmured, ‘What did you say?’

‘Let’s make the world a better place, for today and tomorrow.’

‘What? Can you repeat, Alvin, please?’

‘Let’s make the world a better a better place, for today and tomorrow,’ Alvin repeated and blinked his yes, and added, ‘because…because…we cannot undo what happened yesterday.’

Petronella hugged her son overcome by an overwhelming feeling for her son’s nobler mind unlike her mundane mind, and asked ‘Who said that?’

‘Oh,’ sighed the mother without suppressing her ignorance and kissed on her son’s forehead, and asked, ‘better than Sweden?’ 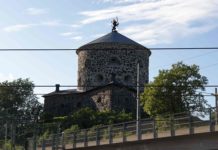 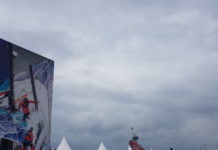 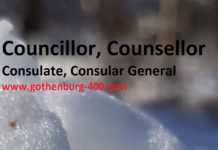