Gothenburg is a medieval city with a maritime history until to the late 20th century, and inching towards to become a leading city of sustainability in 21st century.

A & L Artefacts of Lars Elofsson and Andreas Eraybar is capturing the city’s history through artworks, maps (cartography), military accoutrement, impressions of people, antiques and coins (numismatics). Andreas Eraybar the Gothenburger has collected several maps related to the city produced when Sweden was an Empire (parts of northern Germany were under Swedish rule) and when USSR was active as the superpower.

One of the rarest maps in Andreas’ collection is a map of Gothenburg aka Göteborg drawn by USSR’s Red Army’s cartographer. The map points out important installations to attack in Gothenburg if the USSR wanted to invade Norway via Sweden and also marked out the stadiums to convert them into prison camps. How did it got out of USSR? Andreas says when the USSR was disintegrated a colonel in Red Army (from Latvia and who never believed in the USSR) gathered some maps and defected to the Western Europe and sold them to art collectors and dealers.

The collections tell the history of Gothenburg through sketches and paintings. Some of the rare drawings in the collection are – celebration in Gothenburg (along with London) at Gustav Adolfs Torg by students when Sevastopol was captured by British forces (a year later Russian took control of it) to the Swedish King’s visit to Gothenburg in a train from Stockholm and a map of tramlines dating back to when the trams (coaches) were drawn by horses.

The collections are in display at Gallery and More on Götabergsgatan 22 in Gothenburg next to newly-started Italian restaurant Riccardo Cibo E Vino. The exhibition comprises about sixty artworks and older maps from the period 1618 to 1948 depicting Gothenburg and its surrounding area. All items are for sale during the exhibition till 14 October.

Lars Elofsson and Andreas Eraybar are residents and experts of Gothenburg.Lars is an expert on Swedish art and has an academic background in mixed German, literature and Swedish heritage. Andreas is numismatist and art collector with a great interest in art history and Renaissance. They say, “The purpose of our company is to pay attention to and preserve the Swedish cultural heritage. We are constantly buying objects of historical and artistic origin, originating from Sweden and former Swedish areas, to bring them back to Sweden. We are particularly interested in special art that depicts Gothenburg and its surroundings.” 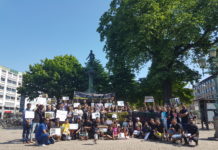 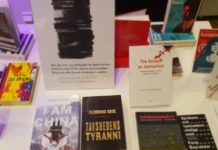 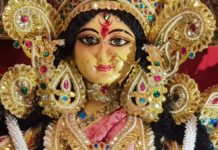 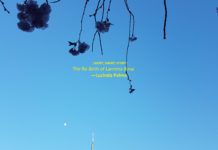