Whether the weather is sunny or rainy, drizzly or snowy, she is there. Clad in skimpy attire flaring to the wind, she is there, standing with her back to the trees and facing the canal, and the River Göta in Gothenburg aka Göteborg.

Standing above all the people coming towards her, and passing past her but she also welcomes anyone from anywhere to sit on her lap. Her lap is wide and circular giving a room for more than hundred people to sit, to ease oneself from the weariness of the body or the mind, to pause from the activities of the day, to reminisce, or just to let the humanity walk before you.

She is the såningskvinnan in Swedish or the Sowing Woman or the Seeding Woman named Johanna. Johanna is the sculpture in standing position on a column and there is a subtle action in it. At the base of the column is a fountain and imagery of snakes on four cardinal directions.

Johanna is the second oldest statue in Gothenburg, sculpted by Per Hasselberg in 1883, and the first sculpture of woman.

Gothenburg is a city of statues: one can find more than 100 sculptures scattered across the city from suburbs to the city centres.

Per Hasselberg (Petter Hasselberg or Petter Åkesson: 1 January 1850 – 25 July 1894) sculpted Johanna. He was famed for sculpting nude marble sculptures in Sweden, and had won critical acclaim who was born in Hasselstad, grew in Blekinge, studied art in Paris and died in Stockholm but his work continues to attract visitors in Gothenburg. His other works are Snöklockan (snowdrop) and Grodan (a nude girl playing with a frog).

One can find the original cast of Johanna at the Museum of Historical Medicine – less than four minutes’ walk from Johanna.

The statue was unveiled or open on Johanna’s Day in 1883.

The 3-metre high octagonal column is in granite, and the sculpture is 1.75 metres high made of bronze. Swans adorn the fountain, and eight lion heads are there on the column from whose mouths water spouts.

Is Johanna rural or noble, exquisite or normal, Nordic or Scandinavian appeal …?

The 7.5 metre high sculpture is visited by a bird now and then for a rest, and could also excrete. When there is no rain, one can see the sculpture streaked in birds’ droppings, and she is washed regularly by rain.

In Gothenburg, rain is a recurring feature: it rains 152 days in a year.

Johanna in Brunnsparken is also the meeting point for everybody:

There is a smaller fountain behind her: drinking water. 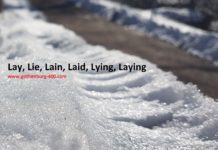 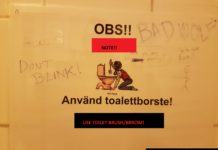