Few people choose to join politics to become a fulltime politician. They enter the public arena and live their lives in the glare of public (as reported about them in the media by the media) and face the challenges and pleasures of being in political and public sphere. They choose politics for one or the other reason. Cecilia Baggesen-Gyllunger decided to join politics for she felt she has a sense of duty to contribute to the society.

“I have a duty to serve the society. I feel privileged to be born in the north (of Europe, in Sweden) and I have got the best education and healthcare system,” says Cecilia. She is the district unit president of the Liberals youth wing in West Sweden (Liberala ungdomsförbundet Väst) and based in Borås.

Cecilia is an active member of the Liberals (Liberalerna). Liberalerna is one of the political parties in the Alliansen (an alliance of 4 political parties, and are represented in Swedish parliament: Moderaterna, Liberalerna, Centerpartiet och Kristdemokraterna). She reckons in the coming Swedish elections on 9 September 2018 (to the local, regional, and national government formation), the odds for the Liberals are better than the last time and it will do better than most opinion polls have had predicted. She attributes the popularity of the party among the voters to – ‘people are tired of populists and are tired to see the world getting divided. And we (the Liberals) are in the middle. We are for a free society’.

Liberalerna or the Liberals is a political party founded in 1934 as the People’s Party but in 2015 it changed its name as ‘the Liberals’. The party emphasises on liberalism, respect for the individual and robust education system. Experts opine that the party is becoming conservative and wants to join NATO. It tries to occupy the centre ground or the middle position in Sweden. In the 2014 elections, the party came at the 7th position out of 8 in the country, and it is currently led by Jan Björklund.

In the 9th September 2018 elections, the Liberals are standing up for:

Let not the extremists win 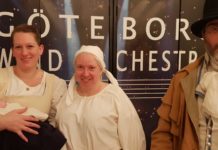 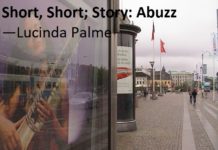 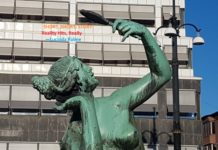